The Telangana budget session for 2022-23 of the Legislative Assembly and Council will commence from March 7. However, there will be no address by Governor Tamilisai Soundararajan to the joint sitting of both the Houses of legislature on the opening day. This triggered speculation over the ‘gap’ between the Governor and Chief Minister KCR. 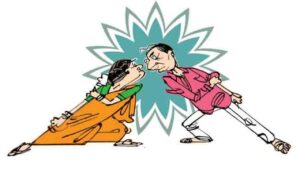 These speculations surfaced after the Chief Minister skipped the Republic Day celebrations in the Raj Bhavan in January this year. The Chief Minister did not visit Raj Bhavan since November 26, 2021, when he took part in the 72nd Constitution Day event.

However, official sources in the Legislature Secretariat cited ‘technical reasons’ for holding the budget session without the Governor’s address. They said the monsoon session of legislature which was held from September 24 to October 8 last year was not prorogued and as such there was no need to begin the budget session with the Governor’s address.

Usually, the Governor issues a notification to prorogue the Assembly session after the House is adjourned sine die (before the end date after the Legislature Secretariat sends a note to the Raj Bhavan seeking proroguing Assembly. Last time, the House was adjourned sine die on October 8, 2021, and there was no answer from officials why they did not send note to the Raj Bhavan to prorogue House even after five months. 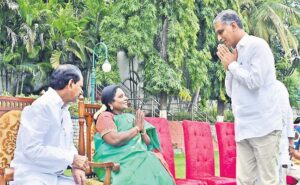 However, official sources also claimed that this was not for the first time that budget session started without the Governor’s address. They said it happened in 2013 in undivided AP at the peak of Telangana statehood agitation and also witnessed in a few other states like West Bengal.

The Business Advisory Committee (BAC) would decide about the duration of the budget session. The session is expected to be held for two or three weeks.

The address of the Governor contains a review of activities and achievements of the government during the previous year and their policy with regard to important internal problems as well as a brief account of the programme of the government business for the session.

ALSO READ:  As History Explored The Fact, The Palace Built By 'Miyan Mishk' And Named As 'Mushk Mahal' After Him

On the first day on which the discussion on the address of the Governor begins, a copy of the address is laid on the table of the House. The Speaker, in consultation with the Business Advisory Committee, allots time for discussion of the matters referred to in the Governor’s address. A motion is moved by a member and seconded by another member thanking the Governor for the address. The occasion provides for general discussion in respect of any aspect of administration and also the matters referred to in the address. Members may move amendments to the motion of thanks in such form as may be considered appropriate by the Speaker.

The Chief Minister or any other minister has the right to explain the position of the government at the end of the discussion. A copy of the motion of thanks on the Governor’s address as adopted by the House is communicated to the Governor and the communication received from the Governor will be announced in the House. #KhabarLive #hydnews