Time was when people used to dine at restaurants on special occasions. But, over the years, the demand for street or ready-to-eat food is overshadowing even gourmet cuisine. And, restaurants have undergone a lot of change in recent times.

From Chinese to Mexican, several food joints in metro cities are adding a good deal of international cuisines to their menu. Apart from fusion food and casual dining, the street food industry is booming owing to availability of large varieties at a cheaper price. People are obsessed with street food, small plates and chai on the roadside. 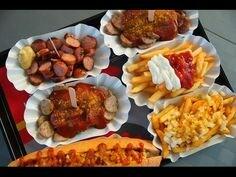 In case you think nothing good happens after 1 am in the city, you’re misinformed. For all the night owls, the famous bandis, drive-ins, food trucks and chai points come alive and become saviours which satisfy people’s taste buds with yummy food.

Diverse cuisine in eateries
“One of the reasons behind putting international cuisines on our restaurant’s menu is we don’t want to let down our customers, who wish to try different varieties of food. If a group of 10 people comes to dine at the restaurant, some prefer to have seafood while others like pasta. They want to taste different cuisines under one roof,” says Gopi Kurla, manager at The Fisherman’s Wharf Hyderabad, a garden restaurant in Financial District, Gachibowli, with Goan cooking and seafood specials.

Anup, General Manager at Bikanervala restaurant in Banjara Hills, which offers a wide range of Indian cuisines, says, “Even though hundreds of continental or international cuisines are included in the menu, the demand for Indian food remains the same. At our restaurant, we offer South Indian, North Indian, Chinese and Italian. But, most of the customers still prefer Indian.” 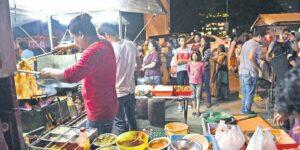 Somapika Dutta, a private employee, says, “Every person has his/her inclination towards trying a specific taste and cuisine. Some like extremely spicy food while some prefer bland food. Having multiple cuisines up for grabs in restaurants does open up better options for the customers who can choose as per their taste and liking.”

Street food being lapped up
According to an estimate of the Food and Agricultural Organisation, which was released in 2012, over 2.5 billion people eat street food in India every day. However, the number had gone up twofold now with people’s increasing inclination towards quick meals.

“Most people, including me, are fond of street food since we don’t have it daily and a change of taste and flavour from the routine diet is always welcome. Also, junk and oil in these food items, which are a contrast to homemade food, make them more tasty and lovable though unhealthy,” says Saika Beerval. 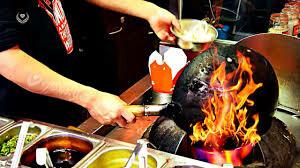 The city of Nizams is home to numerous street food stalls. Every street and lane of the city is filled with the aroma of frying vadas, mirchi bajjis, samosas, biryanis and many more. Every evening, you can find people thronging various food stalls to gorge on some delicious foodstuff.

Raju Naik, a street vendor at Sindhi Colony in Secunderabad, says, “I’ve been selling chaat for around 10 years now. Every day, at least 500 customers turn up at our stall. According to me, people prefer street food because we are quick in serving, reasonably priced and, most importantly, it is prepared right in front of them. I can certainly say that street food is second to none and always brings a strange satisfaction that cannot be found in high-end restaurants or eateries.”

We can even find a slew of street food vendors offering eatables at as cheap as Rs 5 to Rs 10. In Koti and some other areas, we can find a handful of food stalls offering meals and biryani at half the price quoted elsewhere.

ALSO READ:  Why Experts Feel 'Feeding Pigeons' In Hyderabad To Be Banned?

Eateries that cater to your late-night cravings
Every day, every second is the mealtime for Hyderabadis! From roadside bandis to posh eateries, the city includes a string of roadside restaurants. Jubilee Hills, a street near the DLF building in Gachibowli, Begum Bazaar, Tarnaka, Hitec City, Mehdipatnam, Charminar, Secunderabad and many other places are known for the bandis and eateries that are open even late at night. Surprisingly, many bandis do not even own a name and are just called by the owner’s name and become famous that way! 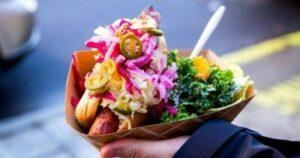 Ram Kumar Shinde, the man behind the famous roadside stall Ram Ki Bandi in Nampally that opens at 3:30 am, says, “The reason behind putting a late-night food stall was because Hyderabad being a nightlife city and an IT hub, many techies look for some decent place to eat and satisfy their cravings, and Ram ki Bandi definitely comes as their saviour to tackle their hunger pangs by offering a variety of dosas and idli.”

Vivek, a software employee, says, “We’re privileged to get food during the odd hours as many employees from MNCs and software companies tend to work in the graveyard hours. But, what bothers us is that the food is much costlier when compared to morning hours. Still, we don’t mind paying extra amount because we can at least get to eat something at those odd hours. One of the reasons for higher prices is that the policemen charge the stall keepers in the night time. Many people are making a living out of it. It has to be encouraged because it makes both our lives easier.”

Drive-Ins in the city 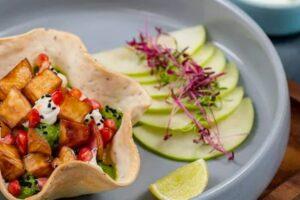 Apart from restaurants and street food, drive-ins are turning out as a new craze for youth. They have become an adda or a gathering spot where one can put their feet up, play around and savour the delicacies concurrently with some good music. Right from providing a basketball or volleyball court to the cricket pitch, drive-ins are winning over youngsters.

Rise of veg restaurants
In 2016, Telangana bagged the tag of ‘State with maximum meat-eaters in the country’. But, a lot changed in recent years. The vegetarian spread is getting larger in restaurants. People concerned about serious health risks linked to eating too much meat and animals can now find a good deal of vegan and vegetarian restaurants in their vicinity. Many well-known restaurants are now focusing on their vegetarian cuisines owning to a sudden increase in the number of vegans and vegetarians in the city. 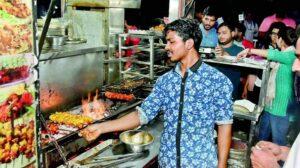 With many people travelling big time to not just various parts of the country but also to international destinations for work or as vacation with family have gotten used to trying out different dishes from across the world – be it Parsi, Arabian, Mexican, Thai, Sri Lankan, Singaporean, Japanese and other cuisines, besides the quintessential Chinese and Italian. So, it’s no surprise to see a street vendor dishing out steaming hot chicken momos or a gourmet restaurant specialising in sushi or a dessert corner dishing out churros, waffles and pancakes. 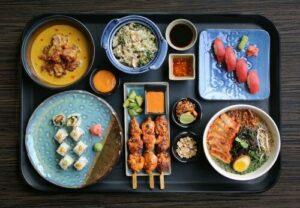 With the rise of numerous restaurants, apps like Uber Eats, Zomato and Swiggy are making a killing by offering discounts and cashback offers on orders. So, if one doesn’t feel like making an effort to dress up and head out to eat, there is a delivery guy to bring the food to you. A full meal with curries, lemon rice, dal, papad and sweet can be had in the comfort of your home, or if it’s a MLA dosa with full trimmings you fancy, it can be delivered right to your doorstep. Eating out or eating was never this convenient. #KhabarLive