The company has told Modi govt that it could apply for emergency use authorisation for ZyCoV-D vaccine in the next 10-12 days.

ZyCoV-D, the DNA vaccine against Covid-19 developed by Gujarat-based company Zydus Cadila, could be on its way to becoming the first approved DNA Covid vaccine in the world. The company has told the Government of India that it would be ready with an emergency use authorisation application within the next 10-12 days. 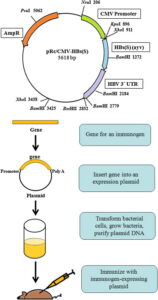 A DNA vaccine carries into the body the genetic code for that part of a virus that triggers the immune system of the body. The message is decoded using the host cell’s own machinery to produce that antigen and stimulate the immune system. This ensures that later on when an actual infection occurs and the SARS-CoV2 enters the body, the immune system is already prepped to recognise it and knows what are the most effective ways to fight it.

ZyCoV-D does so with the help of a plasmid — a DNA fragment capable of surviving outside of the nucleus of a cell. Both ZyCoV-D, which uses this technology, and the vaccines developed by American companies Pfizer and Moderna come under what is known as “nucleic acid vaccines”. The only difference is that the latter two use a messenger RNA to essentially carry the same message into the body. 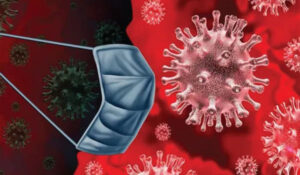 “Zydus Cadila has told us that they will apply for emergency use authorisation within the next 10-12 days so we could potentially be expecting another indigenous vaccine very soon. However, there has so far not been any conversation about the pricing for the vaccine because the company is still working that out. It is a new technology so we have to keep that in mind,” said a senior government official who has been at the forefront of negotiations and conversations with vaccine manufacturers.

However, officials said even if Zydus gets the requisite go-ahead from the Drug Controller General of India, the company’s manufacturing capacity is not such that it would be a major addition to the national Covid-19 vaccination programme, at least in terms of volume. The company, the government estimates, could churn out about 5 crore doses between August and December 2021.

ALSO READ:  Why 'Journalists' And 'Doctors' Harassed by Hyderabad Police During Curfew Time?

Since ZyCoV-D it is an indigenous vaccine — unlike Sputnik whose first few million doses have been imported into the country — it can be procured by the Government of India immediately after the necessary approvals are obtained and there are available stockpiles. “It is an indigenous vaccine so whenever it is available the Government of India will procure 75 per cent of the stock. We are ready to do that even for Sputnik but the pre-requisite is that the vaccine will have to be locally made,” the official added. In the meantime, #KhabarLive has sent an email to Zydus for a comment. This report will be updated when a response is received. 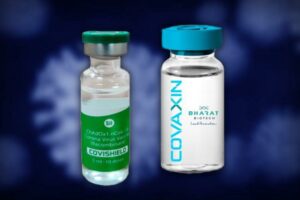 While the Zydus vaccine is being eagerly awaited, the Narendra Modi government is still deliberating on the question of indemnity for vaccine companies as demanded by Pfizer and Moderna. While a final decision is still awaited on that, top officials said there is consensus.

“We are looking at various aspects, there are issues about compensation, treatment of people in case of serious reactions. Those things are still on the drawing board. But we are of the opinion that should foreign companies be given such a facility, it should be extended to Indian companies as well,” the official said.

He also added that there are efforts at various levels to step up the production of Covaxin but the requirement for BSL III facilities and the fact that few companies actually have them is a limiting factor. “Bharat Biotech will now stop production of its rabies vaccine in Ankleswar and start manufacturing Covaxin there too. We are also in talks about the vaccine facility in Chengalpattu,” he said. #KhabarLive #hydnews