The Credo of the Yacht Club is Dignity through Sports. The Yacht Club of Hyderabad marks 75 years of India’s Independence with a flourish of saffron white and green as part of the National Azaadi Ka Amrit Mahautsav celebrations at Hussain Sagar Lake in Hyderabad. 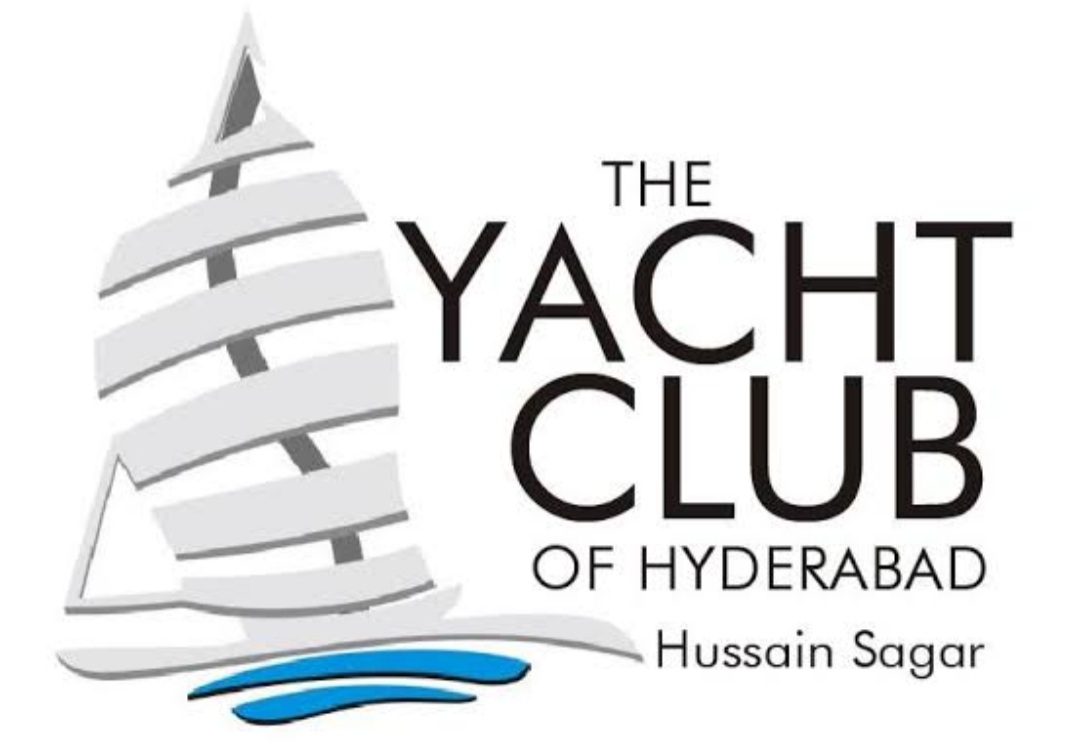 The Yacht Club of Hyderabad is now one of the fastest growing, performance-oriented water-sports facility in the country, bestowed with world-class training systems for both recreational and competitive sailing, and continues to perform at the top levels of national sailing consistently.

It was done taking inspiration from The Azadi Ka Amrit Mahotsav, an intensive, countrywide campaign announced by the Government of India to focus on citizen  participation in nation-building, where small changes, at the local level, will add up to significant national gains.

With 86 state and national medals, multiple national titles and three of its wards being selected for the Asian and World Championships, the YCH Foundation reaffirms its dedication to the nation with a display of the tricolour lighting up the very waters that also played a key role in nurturing the four Indian Sailing Olympians at Tokyo 2021 during their formative years. 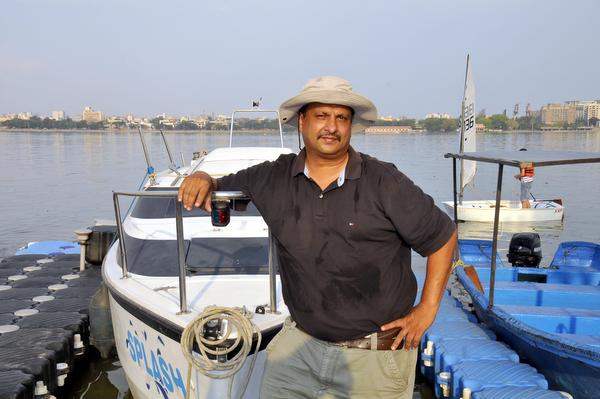 Suheim Sheikh loves sailing. A graduate from IIT Madras, he ran a software products company involved in the creation of real-time Stock Trading and Surveillance systems and worked extensively on Fraud Management. Leaving this world of software behind, he decided to pursue his passion and make a difference using it as a tool for the upliftment of lesser privileged children.

Suheim purchased a few boats when he was the Commodore at the Secunderabad Club. He then approached the Army. The Army was willing to help him park the boats but this wasn’t enough, as the sailors weren’t getting any access.

Suheim then approached the State Government for assistance. Since water-bodies are under the purview of the State Government, he explained his intentions to them. It wasn’t difficult persuading them, and Suheim soon found himself well on his way to realise his dream of making children take up sailing seriously as a sport.

Says Suheim “It seemed unfair that the city could not access the water while having such a beautiful lake in its midst. I have enjoyed the sport and the lake for so many formative years of my life.” 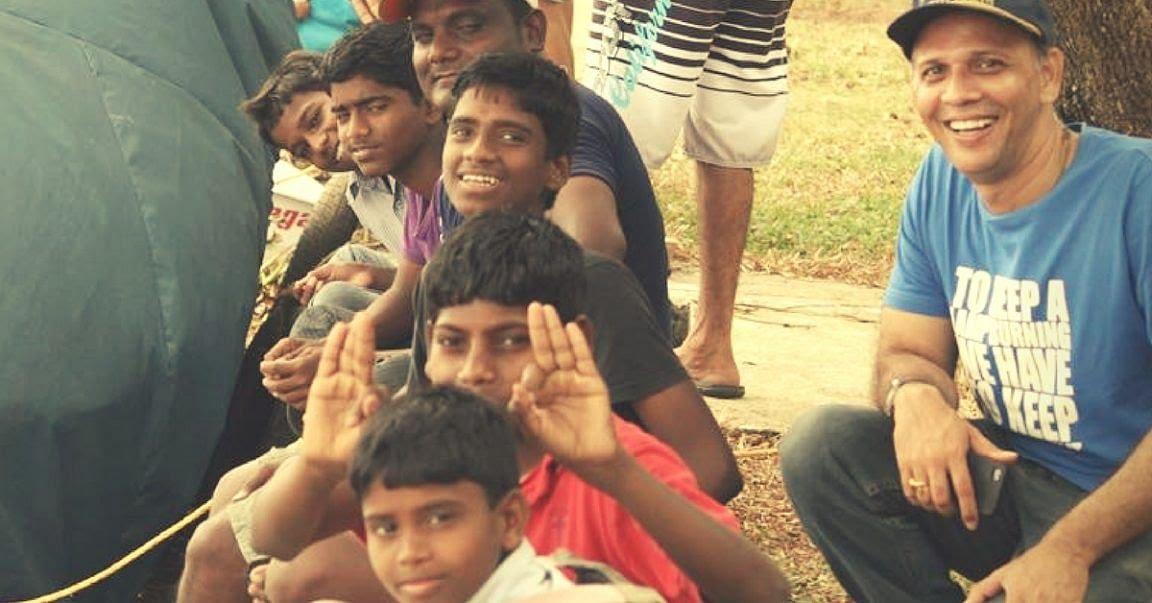 Thus was born the Yacht Club of Hyderabad, with the intent of creating infrastructure for all to access. Sailing has been an integral part of the city, and it’s iconic Hussain Sagar lake for more than a century. Suheim, however, noticed that sailing was a sport which wasn’t within everyone’s grasp.

ALSO READ:  'World Sparrow Day': How To Save Indian Sparrow From Extinction?

Most of the competitions organised were inter-club events, open only to club members. As for the participants, most were seniors. There were very few children.

Suheim conceptualised the Monsoon Regatta in 2009. In its first year, the event became the largest sailing event in India. Finally, Suheim had broken a barrier, which allowed only Army and Navy personnel or wealthy civilians to take part in sailing.

But Suheim really wanted to do is train a mixed batch of children. Those who couldn’t afford to sail, but had the talent. The Army only takes in jawans after the age of 18. In order to excel at a sport, you need to begin much earlier.

The first batch of 2009 saw three or four kids from a government school taking part in the program. Suheim and his team explained to the children that their education, fees and tuition would be taken care of.

“Dignity through Sports”, is what Suheim termed this initiative. 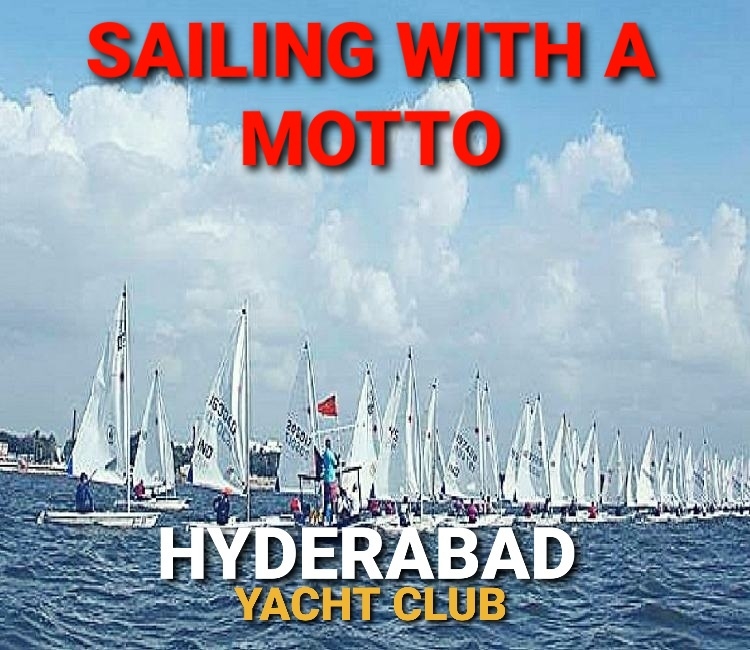 Set up as a not-for-profit enterprise, the club focused on honing the skills of economically challenged children from government schools. This hard work paid off, as the club produced two national champions in the sub-junior and junior categories within six years, and many in the top 10.

The program is simple and effective. Orphans and deprived children with diverse backgrounds like farming and labour are trained to top levels during the first six years, with their education and nutrition funded and monitored by the Yacht Club of Hyderabad. Many of these kids have decided to give back, and have become instructors at the club.

ALSO READ:  ‍Now, 'Stop Pollution In The Name Of God' At Hussainsagar Lake In Hyderabad

Suheim is pleased with the way the program is helping change lives. One of the kids sailed with the team for a few years, after which he joined the Indian Armed Forces. The number of batches increased, and so did the focus and drive of the children participating in it.

Inspired by the success of this venture, Suheim started a program called the “Naavika Program”, exclusively for girls. Once again, the Yacht Club of Hyderabad worked with girls from government schools.

Thus, starting with four children and three small boats, the Yacht Club of Hyderabad today has 50 odd boats and more than 50 children participating in the program. Working largely as a privately funded organisation, it focuses on deprived children of government schools, teaching them to sail at the national level. 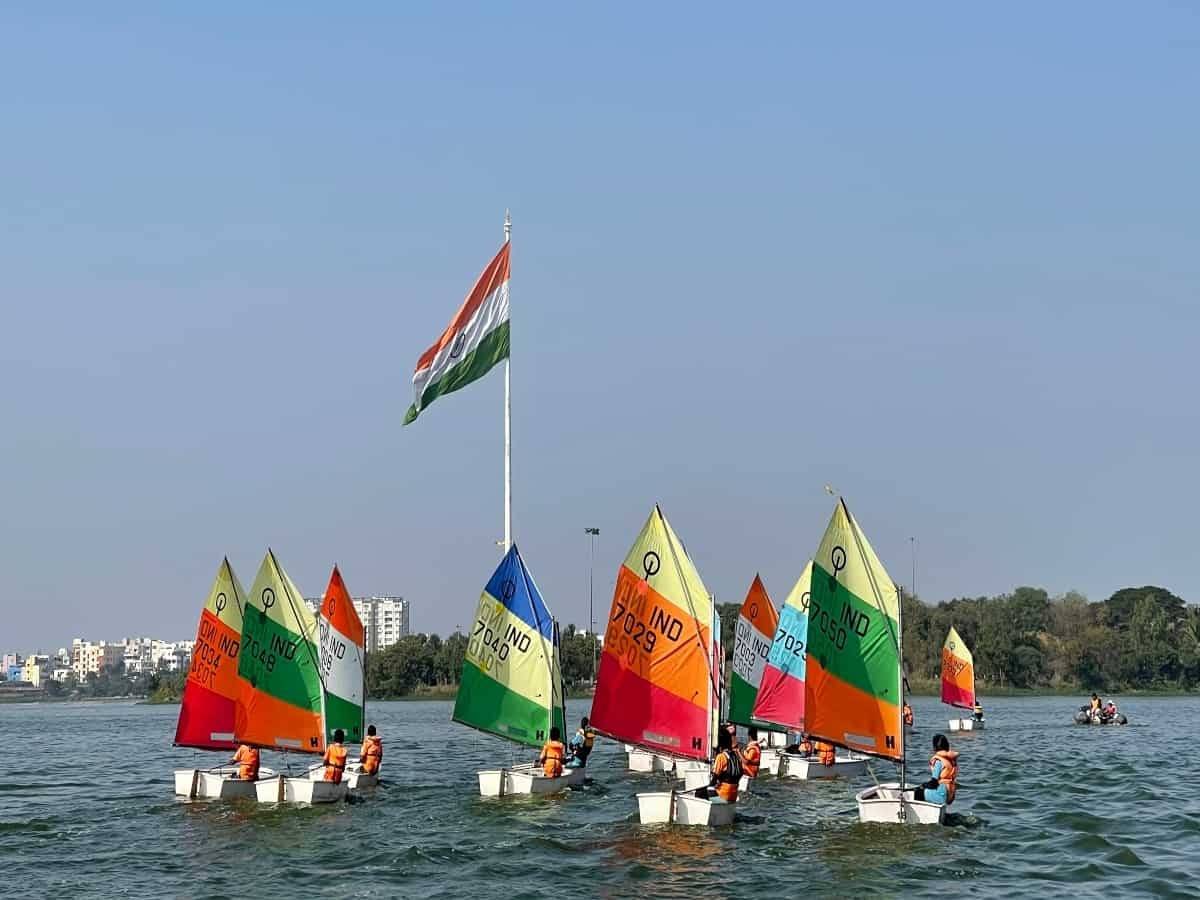 Suheim uses the sport as a medium to help these children upgrade their ability to handle challenges, success and failure, and fine-tune their spirit of competitiveness.

The Yacht Club helps kids with career counselling, helping them with admission to better institutions, and providing them with nutrition, medical aid, bikes to get them to school, and academic help. The kids travel across the country to championships, and some have even ventured as far as Hong Kong and Singapore for regattas.

Suheim works with children from diverse backgrounds. Kids from affluent families also attend the program, and this has its own benefits. One turns aspirational, and the other a bit humble from the interaction. The focus of the program is to provide kids with a stable and sustainable career, and move them gradually from the vernacular medium to English, and finally into a lucrative profession of their choice.

ALSO READ:  You Can Get 'Swine Flu' If You Visit 'Public Places' Like Numaish In Hyderabad, Doctors Warns In Public Advisory

The Yacht Club of Hyderabad works closely with the Social Welfare Department of Hyderabad, and also the Naandi Foundation. The club is actively and continuously involved in the development of the children, holistically.

Constantly upgrading infrastructure is expensive, but thankfully, having paid students in his batches helps Suheim meet the many costs that need to be taken care of. The Yacht Club hence has some of the finest facilities in the country, which is helpful in making it more revenue-stable and less dependent on donations. 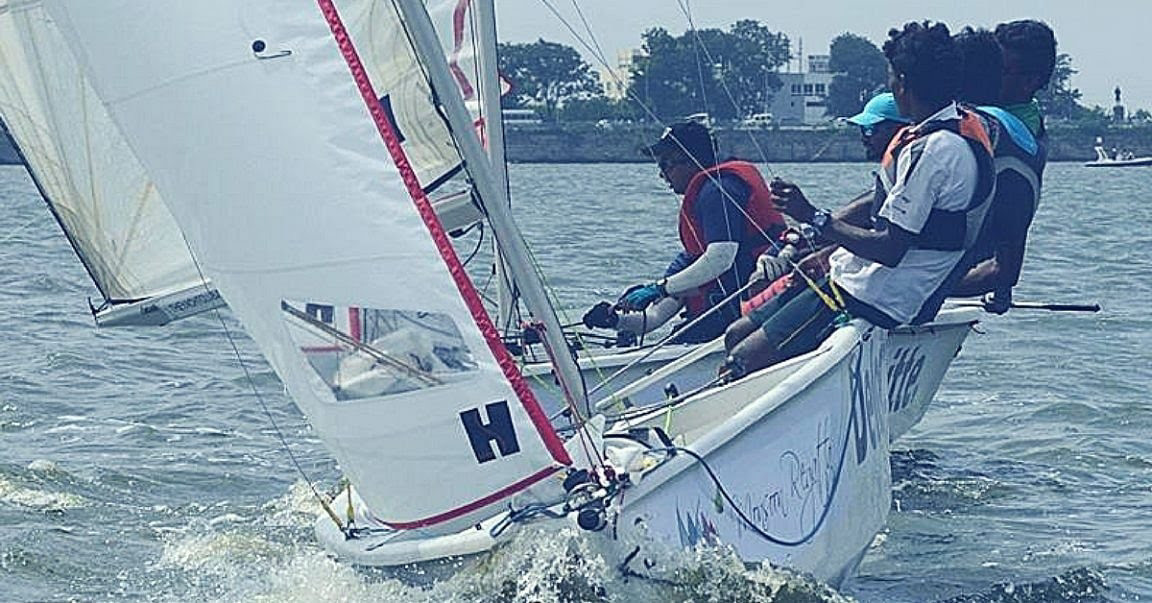 Every good venture always faces hiccups in the beginning, and the Yacht Club of Hyderabad is no exception. Whenever there is an idea that feels out-of-the-box, people tend to object. Suheim recalls a few naysayers who objected to starting another sailing club in Hyderabad, especially when it wasn’t going to compete with the Army or the Navy or against other leading clubs.

Completely missing the point of Suheim’s venture, these voices of dissent discouraged him from starting the program of helping kids.

Thankfully, Suheim decided to steamroll the resistance by just carrying on with his vision. He, however, maintains that if sailing were promoted as a sport by the State Government, instead of a privately run sport, participation would increase.

Sailing is still at a nascent level in India, and if the Government takes over at this stage, it would open the doors to a wider range of audiences willing to participate. A sport is not just for the privileged few, but for all.

If more children take up sailing, the talent-pool will increase, raising the skill-level of the sport in the country. Suheim gives us the example of the child of a house-maid, who went on to win the National Championships. Speaking in broken English didn’t deter the participant, who beat the competition hollow. #KhabarLive #hydnews