Explore Fox Sagar near Kompally could be worth a try during weekends. On the left side of the NH-44 after Suchitra Junction in Kompally, this lake is not a new one, but actually dates back to more than a century. A new quick weekend getaway or a picnic spot that is not too far from the city, one without much fuzz or crowd?

Also known as Jeedimetla Cheruvu, the place can be reached via a bumpy road, and the bund too is quite uneven, which means you have to drive along very slowly. Stopping somewhere along the bund and sitting or strolling around, watching the beautiful lake is one option.

The place, apart from the four or five stalls at the beginning of the bund that sell fresh fish caught from the lake, is a must visit for bird lovers and those into bird photography, with several bee-eaters, baya weavers, kingfishers, herons and a host of other bird species chirping and flying around. One can also watch fishermen rowing across the lake on their boats, pulling in the nets and coming back to the shore with quite a rich catch. 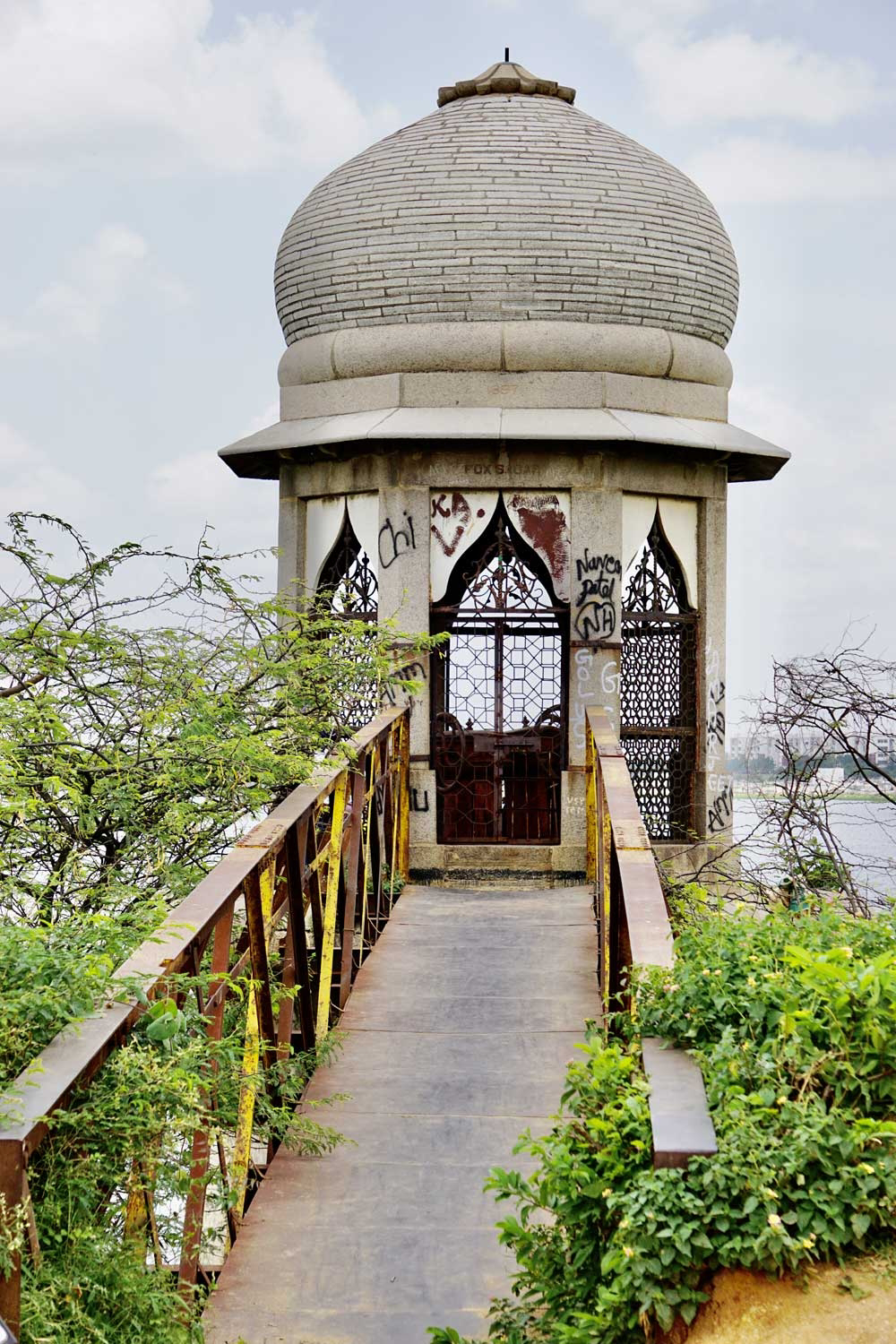 Almost in the middle of the bund is a heritage structure that is a pump house, which has inscriptions on the stone saying it was built in 1897 and announcing the name of the lake as Fox Sagar. The typical Nizam-era structure is still intact and is where many pose for pictures after going near it along a squeaky rusting bridge.

A little ahead from the pump house on the same side of the bund is one tree on the banks of the lake which has a quite large colony of bird nests and is quite a sight to watch.

Make sure you carry your food and drinking water, and bird photographers should remember to carry the best telephoto lens they have. Dhabas along the service road of the NH-44 and the new restaurants and icecream outlets on either side of the highway are where you can find good food, or do some shopping after visiting the lake. #KhabarLive #hydnews