Social networking giant Facebook has announced that it is setting up a special task force to check hate speech in the run-up to the 2019 Lok Sabha election. The task force will comprise “hundreds of people” in the country to prevent people from abusing its platform, Facebook said.

“With the 2019 elections coming, we are pulling together a group of specialists to work together with political parties,” Richard Allan, Facebook’s Vice President for Global Policy Solutions, said, according to #KhabarLive.

Allan said Facebook has also set a target of bringing more transparency for political ads on its platform in India by March.

Once the new ad platform is in place, people will be able to see who has paid for a particular advertisement, Facebook said. 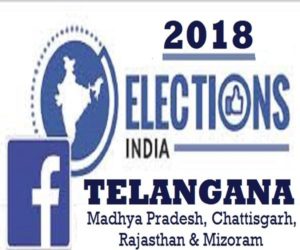 In May, the social networking giant announced that all election-related ads on Facebook and Instagram in the US must be clearly labelled — including a “Paid for by” disclosure from the advertiser at the top of the ad.

Speaking with #KhabarLive about the task force for the Lok Sabha election, Allan said, “The task force for India will have security specialists and content specialists, among others, who will try to understand all the possible forms of election-related abuse in India.”

He explained that the challenge for this team will be to distinguish between political news and propaganda. This team will be based in India and will have a diverse outlook. #KhabarLive