A popular hangout for tech folks and residents of Hitech City and its tech belt, the street opposite of DLF, Gachibowli in Hyderabad is a treasure trove with abundant food stalls.

Go here anytime after 9 pm, and you’ll find it super crowded. Hustlers are always bustling in this food street with more than enough on one’s plate. Stretching from DLF’s Gate 1 to Gate 2, get dragged into stalls with dishes like shawarma, french fries, rice bowls, and more. Interested in doing a food crawl? Then you’re sorted because we have just what you need, foodies! Check the Video here.

Here are some famous food stalls, you never miss these tastes: 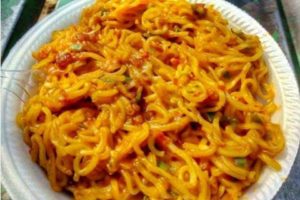 – AM – PM Maggi Point:
Opening its shutters at 1 pm, this kiosk runs wild till 1 am. With Maggi lovers making a tough choice between picking fried Maggi and juicy Maggi, we called dibs on egg bhurji, Chicken Fried Maggi, and Maggi Masala (the juicy version). After a long wait, we were handed our Maggi and bhurji which we devoured like there is no tomorrow. The chunks of fried chicken complemented the crispy Maggi while the bhurji was spicy and filling. The Maggi Masala is our plain old comfort food and we’d pick this over anything. Any day. If you can tolerate the crowd around the kiosk, this is something you shouldn’t miss out on. 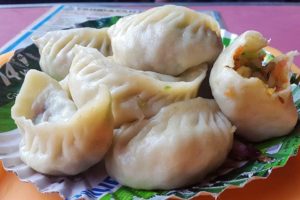 – Momos Delight:
This kiosk is full of surprises and we mean it. Kurkure Momos to Momo Burgers, Momos Delight is awesome for all those momo lovers. You can keep it simple by chowing down their steamed chicken momos or walk into a momo frenzy with a Moburg (A burger with momos as stuffing). If you got a thing for Kurkure, the Kurkure Momos will seal the deal for you. 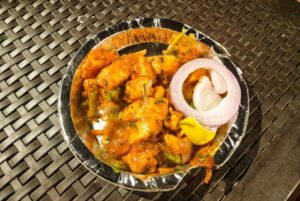 – Amrutam The Food Cart:
When you walk up to the food cart, it reminds you of a famous Telugu TV show which we’re sure will bring a smile to every 90s kid’s face. We ordered Paneer 65 which took a good 20 minutes to be served, but it was well worth the wait. The paneer was super tender and melted in our mouth. If we weren’t so full ourselves, we would have definitely devoured another round of the dish. 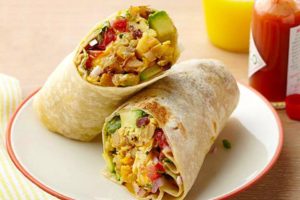 – GD’s Foods:
For starters, this was the busiest of all the kiosks. After a struggle to cut through the crowd, we reached the counter and asked for burgers – Neptune (a fiery combo of chicken, chocolate, nuts & cheese), Jupiter (grilled potato and pan-fried veggies) and starters –Uranus (Grilled Boneless Fish Fillet). We loved our burgers dearly, especially the Neptune which was weird but something every foodie must experience. The Uranus was tender, well-cooked, and fresh. G.D’s also has a special item on their menu – Equinox Leg 1 kg – smoked and grilled BBQ lamb. But to relish this, an order has to be placed a day in advance. 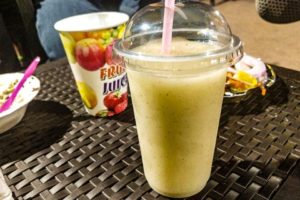 – Coconut Juice Bar:
Tender coconut lovers, rejoice! Here’s something with no added sugar or preservatives that you can sip on after a hefty meal. We tried the Coconut & Kiwi Mocktail and Coconut Milk Juice. While the mocktail was delicious, the juice was extremely sweet and not to our liking. But if you have a sweet tooth, you might enjoy it. 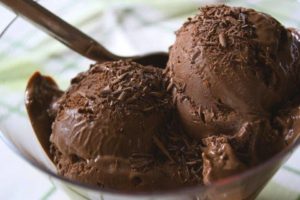 – Amul Ice Creams
There is no bad time for ice cream and luckily for you, Amul has a tiny ice cream shop with not just regular flavours like vanilla and chocolate but also Shahi Anjeer, Moroccan Dry Fruit, Kaju Draksh. They’ve got stone ice-creams and Oreo, Ferrero Rocher variants too, but we recommend sticking to the basics and single scoops. 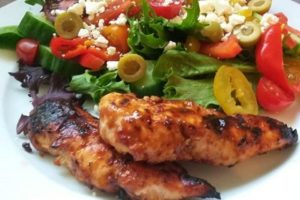 – Charcoal BBQ:
Towards the end of the street, Charcoal BBQ has opened a tiny kiosk and we recommend the Minute Tender Loin Steaks that will keep you upbeat throughout the night. Don’t forget to end your meal with Grilled Pineapple with Vanilla Ice Cream. The pineapple is topped with cinnamon that goes really well with the ice cream. 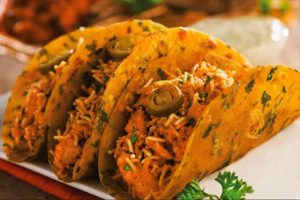 – Delicio Taco Truck:
If you’re cool with settling for tacos that aren’t Taco Bell standards, give Delicio Taco Truck a honk! The chicken wings are spot on and so are the burritos. You can choose a filling of your choice (go for Peri Peri Chicken or Potato), and ask for a side of nachos that’ll cost you INR 80 extra. Delicio doesn’t compromise on the cheese or sour cream, so you know all your cravings are sorted. #KhabarLive