The travel enterprise takes pilgrims to heritage spots and spiritual destinations, both within the country and across the border. Mochitha Prakriti feels liberated when she travels. Perhaps that is why she never feels the need to stay put even after travelling over 3 lakh km. Nature is her muse, while her specialism is the Indus Valley Civilisation. Her myriad journeys across the country have been earnest attempts to marry the two.

“By 2004, I was steeped in research about heritage places in India as part of a television programme I was anchoring. I visited several places known for its Indic heritage value and pilgrimage sites. During my travels and interactions, I realised that the roots of Indian culture is inextricably connected to Nature,” she says.

This interest led the danseuse to become a part of a documentary series on temples across the country. After a “deeply fulfilling” trip to towering Kailash, Mochitha started receiving enquires about the particulars of such a “daunting journey”. The 42-year-old says she first had a brainwave about sharing her adventures with others during a dip in frigid Manasarovar. She realised the best possible way was to be a friend, guide and leader herself. 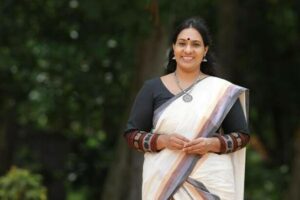 Mochitha Prakriti
‘Moksha: Journey to the Self’, a tour venture, was borne from that desire to “share my stories with others.”

Meticulous planning goes into each trip. “Usually, if it’s a place I have not visited previously, I myself, with the support of my partner, Reji Syne, would do a recce to study the lay of the land,” says Mochitha, a resident of Sasthamangalam in the city. “A journey becomes fulfilling and meaningful when you have doubts and clarify them,” she adds. Though most people who join Moksha’s expeditions are on a “spiritual quest”, Mochitha stresses that focus is on Nature and history, as the boundaries blur.

Like for history buff Prashanth G, a surgeon from Adoor, who has been a part of four trips within the State. “I’m someone who is curious about Kerala and its rich history. Though one can acquire a lot of information from books, experiencing a place by yourself makes it more real. But I have a hectic work schedule and it’s hard to find time for my interests otherwise. With Moksha, the trips are planned well in advance,” he says.

That’s where rigorous research and Mochita’s extensive travels come in handy. “There are innumerable hidden stories associated with each and every place. When a person accompanies me, I want him/her too to feel the energy of that place, whether in terms of faith, history, culture, architecture, geography or sociology. The idea is to help like-minded travellers thoroughly understand why one visits a particular heritage site,” says Mochitha.

Moksha’s maiden yathra was to Kailash, in 2013. The batch of 65 ‘aathmabhandhukkal’, as Moksha’s travellers address each other, saw eager pilgrims from the length and breadth of South India, Delhi and Dubai.

ALSO READ:  A Nature's Paradise Of Birds At Pakhal In Warangal District

Moksha organises frequent ‘three-day trips’, mostly to heritage sites and temples in and around Kerala. But it’s their coordinated ‘long trips’ that have more takers. Vrindavan, Varanasi, Kasi, Allahabad, Prayag, Gaya, Haridwar, Rishikesh, Dwarka are some places that have been part of Moksha’s itinerary, which has seen about 50 journeys, both within the State and outside, over the years. Currently, the group is the midst of a pilgrimage to 108 Siva temples in the State, which will be completed in a year. The grandest ones have been the 14-day Kailash trips, undertaken thrice so far. “That’s something not so easy and the trips are planned at least six months in advance as paperwork is time-consuming,” reveals Mochitha. A plan in 2015 had to be cancelled in the aftermath of the Nepal earthquakes. 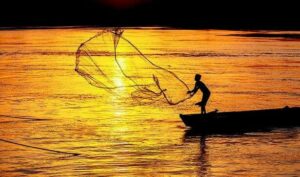 River Ganges at Varanasi during sunset
Moksha is currently orchestrating Vrindavan and Kashi-Prayag-Gaya trips for the months of October and November respectively. Long trips are by flight, while last-mile connectivity would be arranged for with the help of local coordinators. For cross-border locations, the tour group liaises with the respective embassies for paperwork. For lengthy stays, professional cooks would be hired to cut down on costs, while doctors too accompany for any medical assistance.

ALSO READ:  Why KCR Deliberately Taking Telangana Back To Feudalism?

Moksha offers classes on mental and body conditioning apart from tips on efficient and economic travel methods. “We organise satsangs to allow the co-travellers to get to know each other better. This session is also used to enlighten them about the places in the itinerary for a wholesome experience.” Body conditioning, say for trips to mountainous terrains, involves deep breathing exercises and short treks to improve stamina and cardiovascular function.

There is no age limit and tours are open to observers of all faith. “The only rider may be that one should be able to enjoy and soak in Nature,” she says with a laugh. Mochitha says her passion for travelling took flight early in her life. “My grandmother, who stayed in Idukki, used to travel a lot as many of her kith and kin were spread far and wide and I used to accompany her. That early exposure shaped an interest in history, local legends and myths,” she recounts. For those with itchy feet and a curiosity about the land’s own genetic make-up, these can be a journey of self-discovery too.