Home #SponsoredPost ‘Tea Tour Travel’ At ‘Naxulbari’ Estates In Himalayan Foothills Of West Bengal
Share on Facebook
Tweet on Twitter
The best travel to one of the finest place in the world is Naxulbari Tea Estates in Darjeeling of West Bengal. The unlimited fun, information, food, nature, tea, wildlife, humans and environmental surprises, makes your visit memorable.
“Most people in our country take tea for granted,” rues Sonia Jabbar, the hands-on owner of Nuxalbari Tea Estate. “Therefore one of the main reasons behind holding the tea tour on our estate is to educate people about how much hard work goes into that single cup of tea that you drink,” she says. 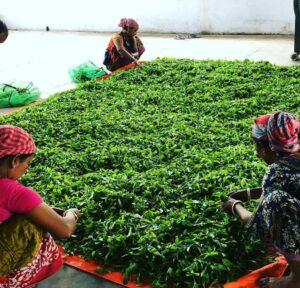 Interestingly, the tea estate is one of the best kept secrets from a region (Naxalbari, Darjeeling district, West Bengal) which grabbed the headline in the late 1960s after a left-wing revolution originated here and later proliferated to the dreaded Naxalite movement.
Founded in the 19th century, the Nuxalbari Tea Estate was one of the many gardens owned by Khan Bahadur Musharraf Husain, the Nawab of Jalpaiguri. It lay in the Himalayan foothills of Bengal, an area known for its forests, tea estates and timber. But in the 1960s, following a crash in the global tea trade, the family too lost many of the estates in the following two decades. Nuxalbari too would have followed suit if it was not for Dolly Jabbar, wife of Sayeed Jabbar, grandson of the Nawab of Jalpaiguri. 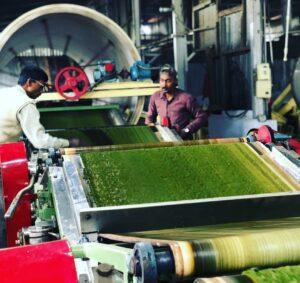 Despite being warned by family and friends that the garden was debt ridden and in dire straits, Dolly refused to sell it. Taking up the reins in 1981 as the managing director of 1200 acre garden, she turned it around, paid off the debts, refurbished the old factory, and upgraded the garden by planting vast acres of young tea and hundreds of trees. Nuxalbari soon became popular among tea connoisseurs as one of the best maintained gardens. Dolly was so fond of her garden that after she passed away (May 2011), her children, according to her wishes, cremated her at her favourite spot on the estate and scattered her ashes among the tea bushes.
The baton passed to daughter Sonia Jabbar, who now runs Nuxalbari Tea Estate. To look after the daily running of the estate, Sonia has chosen to stay on the premises. Although the most important work in any tea garden is done by women – plucking the two leaves and a bud – running a tea estate is still looked upon as a man’s world, added Sonia with a smile. In the beginning, the male workers on the estate were curious about Sonia’s ability to run the business. While her mother ran the garden, Sonia was busy being a graphic designer and photographer, an essayist, travel writer, artist and peace activist. “But now I have been running this place for eight years and people have come to accept me,” said Sonia. “I also try to put women in positions of power to maintain the balance,” says Sonia. 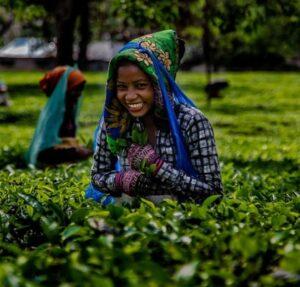 Spread over 1,200 acres, the garden is known for its variety of teas, including black, green, white, oolong, CTC, orthodox, as well as offbeat ones like steamed and roasted green tea, pan-fired green tea, iced tea, and more. “Our artisanal teas are much appreciated abroad,” says Sonia.
The estate follows organic methods of cultivation.
With the tea trade becoming highly competitive and the business getting affected by various external issues, Sonia has decided to open up various earning avenues such as tea tours and a tea connoisseurs’ course. “It is necessary to keep the business afloat because more than 500 people depend on this estate for a living.” 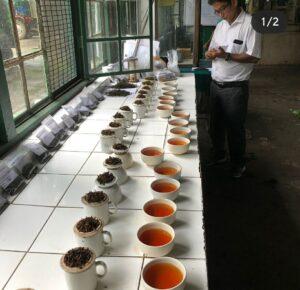 Describing the tea tour, she says, “We offer a very comprehensive day tour of the estate where we tell you about the various processes that are involved in crafting the tea.”
During the tour, guests are taken on a drive in an open 4×4 jeep. If you sign up, you get to watch tea being plucked, or walk on undulating paths through verdant plantation and woods, photograph birds and if lucky, a herd of wild elephants. Or you can take a picnic breakfast or dip your feet in a rushing stream. 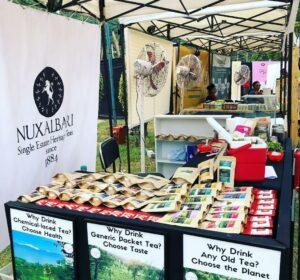 You also see how tea is made.
Guests can try their hand at making green tea that they have plucked themselves, and taste teas with the estate’s Master Tea Makers and learn the difference between good, medium and great teas.
The tour ends with a full-service high tea picnic anywhere on the estate.
The tour is held almost round the year, except on Sundays, the monsoon period, Holi and the Puja season, when the garden remains closed. “Very soon, guests will also be able to stay on the garden as we are almost ready to launch our accommodation facility,” adds Sonia. If you are fond of riding, you may also go horse riding in the estate. Sonia herself is an avid rider. 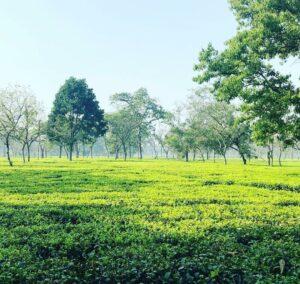 “Our tea connoisseurs’ course has also been much appreciated,” she says, “and it is attended mostly by people involved in the tea trade.”
The three-day course covers everything from growing, crafting and tasting teas at Nuxalbari. #KhabarLive
ALSO READ:  What Gandhi Said In Ayodhya: 'Violence Is A Mark of Cowardice, And The Sword Is A Coward’s Weapon'