After discrepancies were found and highlighted several times in the medical bulletins put out by the District Medical Health Officers (DMHO) and the state health department, Telangana has finally found a solution to this never-ending controversy: they have now instructed all DMHOs to stop issuing medical bulletins altogether! 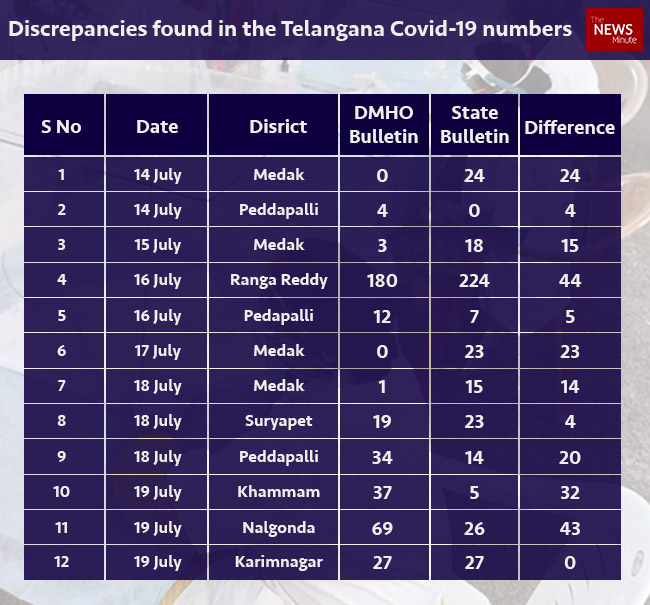 Speaking on the same lines, Bhadradri Kothagudem DMHO said, “We have been instructed to not put out medical bulletins from our side. We stopped two days back. The state Health Department would be releasing the medical bulletin.”

Telangana had hit the headlines several times for issues regarding its COVID numbers. Initially, it was for low testing, later it was for not revealing the number of tests carried out, and then later for discrepancies in the bulletins. On a daily basis, the Director of Public Health and Family Welfare has been putting out a consolidated medical bulletin in the night apart from the ones that were being released by the DMHOs of the various districts in the state.

#KhabarLive found a discrepancy in the number of COVID-19 cases reported in the medical bulletin released by the DMHO of Nalgonda district, and the state Health Department’s bulletin. While the DMHO’s bulletin said 69 samples tested positive for COVID-19, the state’s bulletin reported only 26 positive cases. We initially thought this could be an exception, or probably a case of human error.

#KhabarLive then decided to delve into more medical bulletins to investigate the discrepancies in the COVID-19 numbers being reported in the state. We collected the medical bulletins released by the DMHOs from Medak, Rangareddy, Suryapet, Peddapalli, Khammam, Nalgonda and Karimnagar. We chose various dates from the last five days and tried to cross check the numbers with those reported in the state health bulletins.

Here is what we found: 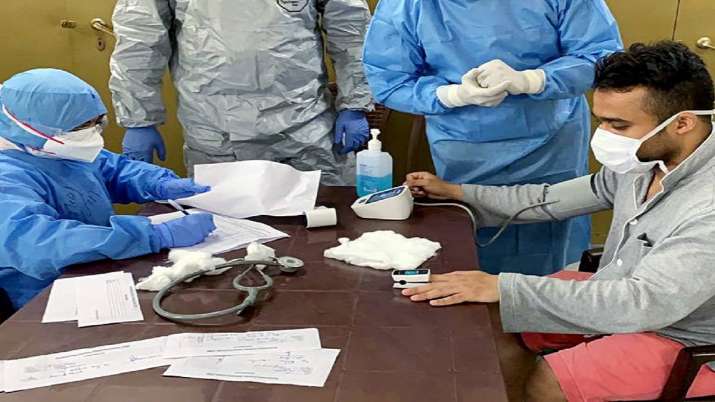 Out of seven districts that we looked into, Karimnagar is the only district that had no discrepancy on July 19, the date that we checked; all other districts examined had discrepancies.

However, a look at the bulletins showed that what was happening was just the opposite, most times the state government’s bulletin showed a lesser number of cases as compared to what DMHOs reported.

While the Khammam DMHO claimed that private labs are to be blamed, Nalgonda DMHO had another explanation. Referring to the delimitation exercise four years ago, he said, “There is a lot of confusion and difference because of the division of districts.”

“The larger Nalgonda district is divided into Nalgonda, Yadadri and Suryapet districts. This causes confusion even now when the number of cases are calculated. Also, the private lab results often cause discrepancies. The state has more resources and channels to find out the details, the districts have only one channel which is the district government hospitals,” he said.

While #KhabarLive tried contacting the Director of Public Health and Family Planning for a comment, he remained unreachable. #KhabarLive #hydnews