The archaeological finding by the volunteers has thrown light on the local history and the region’s earlier human inhabitants. For instance, owing to the efforts of the group, a rock inscription recently discovered in an agricultural field in Dommata village under Siddipet district in Telangana was found to be dating back to the 14th century. 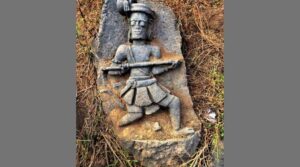 In Telangana, a small group of amateur history enthusiasts comprising teachers, students and professionals from various fields have been collaborating with rural communities mostly through the online mode to document and scientifically preserve local histories.

Similarly, a rock art painting of 6 feet by 10 feet, believed to be at least 1,500 years old, in Sitarigattu Maisamma hillocks of Pothireddypally under Rajanna Sircilla district, a 40-feet-long fossil near Bhupatipur village in Mulugu district, which is believed to be the biggest available fossil of a tree, and Jain Chaumukhs (pillars with sculptures of four Jain Tirthankaras on each side) belonging to the 10th century in Koheda in Siddipet district were all discovered because of exploration by the group’s field volunteers.

Over the last 10 years, Kotha Telangana Charitra Brundam (loosely translated to New Telangana History Team) has grown into a network spread across the length and breadth of Telangana. The group has been documenting fossils, burial sites, hero stones, rock arts, inscriptions, rock paintings, instruments, tools, coins, idols, and sculptures, which have been discovered by chance or have faced neglect and been left to decay. Each such archaeological finding by the volunteers has thrown light on the local history and the region’s earlier human inhabitants. 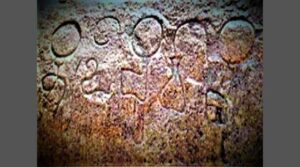 However, Sriramoju Haragopal, a retired headmaster and the group’s convenor, declined to call them discoveries. “Everything is already there. Some are identified or recognized, some are not. We are just wiping the dust on them to document them scientifically so that they are available for future generations,” said Haragopal, who has also teamed up with like-minded people to pen six soon-to-be-published voluminous editions on Telangana’s history.

About 60 active members, aged between 20 and 80, stay in touch via WhatsApp and Facebook and share with the group any possible historical finds from across the state. “My interest in history started in the 1980s when I wondered how my village got its name. Similarly, when people want to learn about their neighbourhood and its history and reach out to us, we do the research, conduct a scientific study, consult retired officials and researchers, if required, to document the same,” said the 67-year-old retired headmaster.

Through its explorations, the group has recognized over 50 rock art paintings, hundreds of graves and over two dozen hero stones (which are idols of local village heroes), among others, and documented them for the first time. “The Telangana region has a rich history dating back to prehistoric times. It has witnessed the Satavahanas and the Ikshvaku dynasties… the region has geological significance too.

Unfortunately, we have neglected our history. Its preservation requires people’s involvement,” said Katta Srinivas, another core member of the team, who is based in Khammam district.

He recalled how a rock inscription found a few years ago in a remote village called Nagulavancha in Khammam district led to the discovery of a Dutch business hub that existed between 1669 and 1687. “The inscription looked like English and we later learned it was Dutch. The village here used to be a link between the Golconda Kingdom and Machilipatnam on the east coast. The Dutch company produced high-quality yarn here but had to leave in 1687 after the villagers led an uprising against it as they felt they were being exploited. This could be one of the earliest incidents of locals fighting foreigners in our country,” Srinivas said.

“But many of these sites are under threat and we request the government to protect them. For instance, rock arts, inscriptions and paintings have been found even on the outskirts of Hyderabad near Kokapet and Himayatsagar. These are treasures that need to be preserved,” added Vemuganti Muralikrishna Chary, a Telugu teacher from Siddipet. Chary is also a founding member of the team and is co-editing books along with Haragopal. 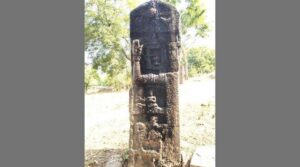 When a volunteer learns of any findings of possible archaeological significance, the photographs are shared in the group. Further, based on discussions on available literature and historical linkages, scientific exploration and forensic analysis are taken up to unearth more details. “But without social media, it would have been impossible to connect, discuss and learn. We have sources in almost all villages of Telangana. We are not professional archaeologists but owing to our passion and work, people contact us on Facebook and WhatsApp to talk about findings in their respective villages,” Srinivas added.

At present, many of these archaeological artifacts are with private individuals in their respective villages. “We wanted to register these with the archaeology department and hand them over. Although we have been reaching out to the officials, we have not heard from them,” said Haragopal. The Heritage Telangana (formerly state department of Archeology and Museums) has had no director for over two years and lacks funds or manpower to take up conservation projects.

On its part, the group has authored over a thousand articles and published research papers based on its explorations. The aim is to open a library, start a history magazine and make available research works in the form of books. At present, the group runs a YouTube channel and also holds monthly web seminars by experts for its members so that they can hone their knowledge and skills. #KhabarLive #hydnews