Why Telangana Chief Minister KCR gets angry? This is a million dollar question – when anything goes beyond his control or he get confused or irritated, always Telangana Chief Minister and TRS supremo KCR gets angry and the mood continues till he feels de-stressed. History reveal KCR angry mood always targeted on media and people who are in constant news with anti-KCR talks. 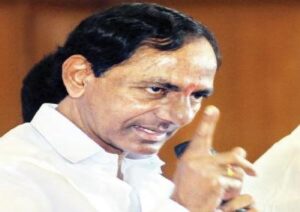 At a time when intrepid social media enthusiasts have stopped posting even a small negative comment on the Prime Minister of India fearing attacks from all directions, Telangana Chief Minister K Chandrasekhar Rao’s scathing attack on Narendra Modi has left people of the country in awe. This is also the time when wily politicians in the country prefer to be silent, instead of courting vindictive raids from Income Tax, Enforcement Directorate and other central agencies.

Therefore, KCR’s no-holds-barred press briefing, in which he tore into ways of the Modi government, has become a talking point across the country. His press conference was trending on social media platforms, indicating that his message reached the targeted audience. By using choicest words in Telugu, English, Hindi, and at times even in chaste Urdu, KCR made it clear that he is not the one who would mince words if it comes to a showdown. He took a swipe at the dress code of the Prime Minister to drive a point against Modi. 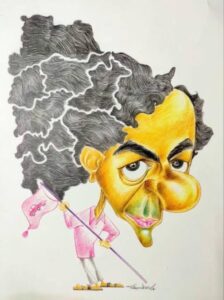 Is KCR angry now at BJP, after having extended unconditional support during the first term of Narendra Modi? Not really. In fact, KCR is one politician who keeps politics above emotions. He never takes it easy when it comes to electoral politics. His style borders on guerilla warfare. He attacks from unanticipated corners, raises unexpected questions, and uses unimaginable language. All of this is intended to leave his targeted opponent weak, defenseless, and devastated. Even during the statehood movement for Telangana, it was KCR’s innovative programmes like Million March, Sakala Janula Samme, and Singareni Samme, coupled with Bathukamma celebrations and followed by Samburalu, which took the wind out of the sails of anti-Telangana forces.

They were simply not aware of the efficacy of the cocktail that appeared unconventional to them. These innovative programmes attracted wide media coverage and helped him leverage political developments in his favour, with the Centre ultimately handing him Telangana State on a platter.

After almost eight years, it seems he is preparing to open his vault again. This time it is going to be against the BJP. The fiery press conference was his salvo. Sensing the mood of the nation and the overall media sentiment against BJP, KCR has made a calculated move that will give him a respectable place and, more importantly, an edge in national politics today. 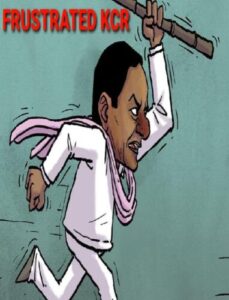 KCR, who has high regard for TDP founder and actor late NT Rama Rao, may like to follow in his footsteps to enter the national arena in politics. Like NTR, KCR also enjoys huge advantage to reach the masses everywhere through his well-articulated speeches. His command of Hindi and Urdu gives him a major advantage over other southern leaders, including MK Stalin and P Vijayan. His eloquence in English and his ability to present even extremely complex issues in the most intelligible manner would give him an edge over emotionally fragile leaders like Mamata and Kejriwal. KCR’s smart administrative moves and his political agility to move back and forth, depending on the situation, will prove to be major assets for his national journey.

ALSO READ:  Is Mining Of Cryptocurrency A Challenge?

Another important aspect in KCR’s strategy is to shift the focus from local to national. Given two terms of the TRS government, the possible impact of anti-incumbency factor might be neutralized or lessened by his choice to target national issues like privatization of Air India, LIC and banks. KCR will have ample ammunition and the BJP will certainly be on the defence. If the debating point is Hunger Index, GDP, inflation and unemployment, who can really defend BJP? This point is well understood by KCR who wants to force a national debate on major issues, while conveniently removing local issues from the minds of people. The beauty of KCR’s political strategy is to put BJP in defence and make Congress a non-player, while highlighting the growth saga of Hyderabad as his showpiece. 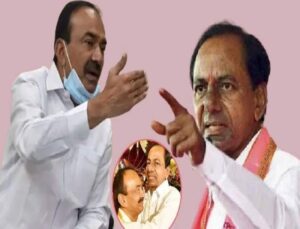 By intelligently choosing Hyderabad as his trump card, KCR has not only united entire Telangana but also created euphoria around Hyderabad — the heart of Telangana. Thanks to regular makeovers to Hyderabad city under the leadership of Municipal Minister and TRS working president KT Rama Rao, people in Hyderabad have started to love the new flyovers, hanging bridges, and underpasses more than ever.

ALSO READ:  5 Unorthodox Ways To Hunt Your King Talent And Fulfil Your Destiny

This will further force the BJP to depend more on its time-tested Hindutva sentiment, giving more room to manoeuvre for KCR. As soon as the debate moves to the core area of development, KCR has something to show in Hyderabad and in the agricultural sector, whereas BJP has to struggle to prove its relevance even in the places where it had registered surprise victories in 2019. The moment the debate goes national, TRS will be in safe zone and this is what KCR wants to achieve. According to sources close to the power corridors, more fireworks from KCR are in the pipeline and issues ranging from China’s incursion to privatization and from crypto currency to river inter-linking are getting ready to take the center-stage. 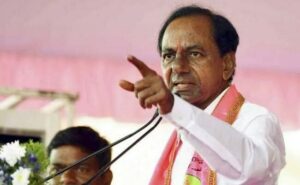 The strategy is also aimed at making Congress issue-less. As KCR has proved himself as a strong crusader against BJP, all anti-BJP votes will flow towards TRS.This will further weaken the Left parties, Congress in the state, and pave way for TRS vs BJP battle in the coming days. And don’t forget that BJP’s original plan in Telangana is to become the main  opposition immediately, and to come to power in the near future. Interestingly, this looks more certain. #KhabarLive #hydnews