When Ram Reddy came to Hyderabad in 1980s for his graduation, little did he know that 40 years later he will be running one of the leading conglomerates in poultry.

Sneha Farms Private Limited was started off as a fresh chicken retail outlet in 1982 as Ram Reddy Chicken Centre and slowly and steadily it has grown to become an Rs 2,500 crore group with interests in poultry integration, feeds, premixes, solvent extractions and refining of edible oils. And all this has been possible due to the persistency and hard work put in by Reddy for the last 37 years. 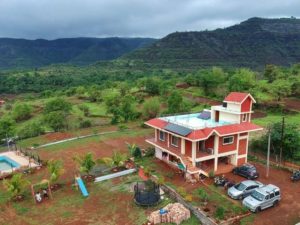 “My family hails from Nagarkurnool and my father was a big farmer with 100 acres of farm land to his credit. However, I wanted to do something of my own and when I came to Hyderabad to pursue my graduation I found poultry to be a viable business. I discontinued my degree course and started a small retail outlet in 1982 under the brand name Ram Reddy Chicken Centre in Malakpet. I ran the outlet till 1988 and set up our first commercial broiler farm near Chilkur Balaji Temple,” said Reddy.

Through the broiler farm, Reddy was looking at having his own farm and grow his own birds rather than depending on farmers. Till 1995, Reddy continued the farm and grew it from just 20,000 capacity to four lakh capacity and eventually set up the company’s first hatchery plant with about 30,000 parent capacity. This was also the year when the brand of the group got changed from Ram Reddy to Sneha Farms – named after Reddy’s daughter. The expansion story of the group continued with the setting up of a modern feed plant in 2000 at Medchal and in 2016 came the group’s chicken processing plant that can process 6,000 birds per hour at Mahabubnagar district.

“Apart from our own plants and feeders, we have tied up with about 3,000 farmers in Telangana and Andhra Pradesh to help them grow birds and sell them at minimum guarantee prices in the market. This has helped us getting more farmers on board and has also helped the farmers to get minimum price for their produce,” Reddy informed with a smile on his face. 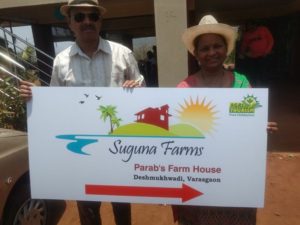 When asked about the difficulties he has faced in the business in the last 35 years, Reddy says that challenges are part and parcel of any business. “But it is important as an entrepreneur to realise that if there are challenges then there are solutions as well. So we need to keep reimagining and reinventing ourselves to face the problems.

One of the major reasons for our success and consistency has been the way we have embraced changing times and used the latest technology to increase our produce as well as maintain quality and pricing,” he said. A testimony to this is that Sneha Farms has recently launched a mobile app wherein people can order processed chicken anywhere and anytime.

ALSO READ:  Why 'Kite Trading' Is A Risk-Free Business In Hyderabad?

With about 100 company owned outlets, 95 per cent of supply goes to live chickens while remaining 5 per cent is of processed chicken. The latter are mainly supplied to 200 hotels that have tied up with the group and this number, according to Reddy, is going to grow as people are realising the health and quality value of processed chicken when compared to live chicken.

Other than poultry, the diversified group also runs Nutripro floating fish feed, Saphala Edible Oils and Sukhibhava deeparadhana oil. Reddy’s children – Varun, Sanjana (Varun’s wife) and Sneha – are already heralding the business by managing different verticals ranging from feed to marketing to hatcheries. Going ahead, Reddy plans to set up a new hatchery unit in Anantpur along with partnering with farmers in Karnataka for marketing their produce.

“We have a lot left to do in this business, so the thought of starting something different never occurred to us,” Reddy ends. #KhabarLive