The very essence of a riveting cricketing contest is an even battle between bat and ball. If the conditions – pitch, weather, lighting, colour of the ball etc – are loaded heavily in favour of one of these the game loses its charm. 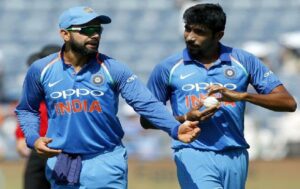 It becomes boring and predictable and can even be a bad advertisement for the sport. Five-day Tests ending in two days certainly fall into this category as also do matches in which just 14 wickets are taken over five days while around 1500 runs are scored.

Much was said and written about the pitch for the second Test at Chepauk in the ongoing series between India and England. But for one thing that game lasted 3-1/2 days. Secondly there were two centuries notched up by Indian batsmen so the surface was not overwhelmingly loaded in favour of the bowlers.

On the same wicket no England batsman got a half century in two innings so really the visitors can have no excuses for their heavy defeat. It can also be said that the Indian spin bowlers utilized the helpful conditions better than the England spin duo.

The situation was clearly different in the recently concluded Test at Ahmedabad. Here there was one half century on either side. The pitch aided spinners more than the one at Chennai and nothing signifies this more than a part time spinner in Joe Root taking five for eight.

Let’s face facts. The pitch was a turner. Right from the first session on the opening day the odd ball kept low or rose alarmingly. This not only made stroke playing difficult it also raised doubts in the batsmen’s minds. Those defending the pitch have pointed out to the weaknesses in the batsmen’s technique. Perhaps this is true to a point but all the batsmen – some of them among the world’s finest – cannot be blamed in this regard.

A Test batsman generally has the technique and temperament to perform admirably even under testing conditions but there are times when the surface is quite unplayable and hardly anyone can score runs freely under the circumstances. It just becomes a case for survival.

In 2004 at the Wankhede stadium 40 wickets fell in just over two days as India defeated Australia by 13 runs. The exciting finish could not camouflage the fact that the pitch was a rank turner on which batsmanship was a forgotten art. There was just one half century on either side and again a part time spinner in Michael Clarke had innings figures of six for nine emphasizing the nature of the controversial surface. 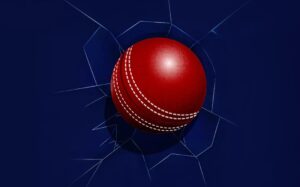 Batsmanship was also a forgotten art during the Indian team’s tour of New Zealand in 2002-03. Here the situation was different in that fast, bouncy tracks allied to windy conditions that helped seam bowling had the batsmen on the hop. Both Test matches won by New Zealand were over in a little over two days playing time. There were two half centuries for India, one for New Zealand and these were notched up in the first Test. In the second Test the highest score was 39.

The New Zealand pace trio of Shane Bond, Darryl Tuffey and Jacob Oram had a whale of a time. The Indians too were well represented in the pace department by Zaheer Khan, Ajit Agarkar and Ashish Nehra; it’s just that the Kiwi quartet utilized the helpful conditions that much better. Under the circumstances one could not be too harsh on the batsmen.

ALSO READ:  Why We're Ignoring 'Healthy Eating' For Older Adults In Our Family?

As I said it works the other way around too. Sometimes the pitch is such a batting paradise that there is little the bowlers can do. However much they bend their backs, however much they try to generate pace or movement, spin and turn conditions are so much against them that the batsman has just to put bat to ball and it races away to the fence.

At Colombo in 1997 India scored 537 for eight declared and Sri Lanka replied with 952 for six. There was a triple hundred, a double hundred, four hundreds and a world record partnership of 576 runs. Bowlers ended up with figures they see in their bad dreams – two for 174, one for 223, one for 276, one for 195. Can we fault the bowlers’ technique, can we blame them for bowling badly or accuse them of not trying hard enough?

There are such things as sporting tracks which give help to the stroke playing batsmen and those who are prepared to grind it out, to pace bowlers and spin bowlers and which last five full days and produce a result. The pitch for the first Test of the current series in Chennai was one such and the scorecard will confirm this. #KhabarLive #hydnews