In an informal interview with #KhabarLive, newly appointed Telangana Congress president Revanth Reddy said his political strategies to get rid of TRS rule, Reorganisation of his own party with a strong assurance of Congress will soon comes in power. 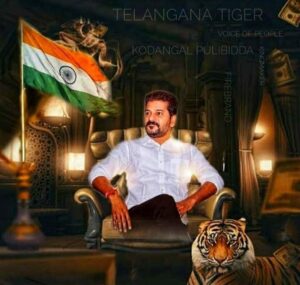 The new Telangana Congress president, Revanth Reddy, whose appointment has led to questions in the state unit, told #KhabarLive that his elevation is chiefly due to his traction among the youth, his aggressive style of politics, and his political track record.

During an interview, Reddy also admitted that he enjoys the support of the party high command. “And this will help me to perform my duties freely to get success,” he said. Further, he urged the senior leadership to guide him and show the progress path.

The 53-year-old Congress MP from Malkajgiri constituency was appointed to head the state unit last month, in a move that saw him pip at least four veterans to the post. The appointment had raised eyebrows as Reddy has been a member of every political outfit that matters in Telangana today — the BJP, Telangana Rashtra Samithi (TRS), and Telugu Desam Party (TDP).

But it also comes amid the BJP’s rise in the state, with the Congress being written off.

Reddy told #KhabarLive that the Congress now needed his aggressive politicking, amidst veterans in the party, and cited a cricket analogy to make his case.

“Consider cricket —  from Test matches, we have moved to 20/20 games. So, it is like hit out or get out and that is Telangana’s political scene now,” he said. “Since a majority of the population is between the 18-35 age group, to gain traction among them, it is time to work hard and hit out as an opposition. That is why I believe I was chosen.” 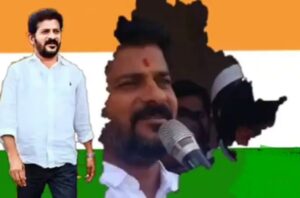 According to Revanth Reddy, the Congress will rely on four mantras — better policies, calculation, communication, and execution.

ALSO READ:  Why A 'Large Number' Of 'Physically Challenged' People May Not Be Voting In Telangana Elections?

To begin with, the new PCC chief will soon hold a meeting with mandal-level workers and prepare a framework to strengthen the ground-level cadre.

Reddy, however, said the party does not have the money or resources to compete with Chief Minister K. Chandrasekhar Rao, or KCR as he is known, alleging that the latter and his TRS rely on “money and muscle power”.

Reddy also accused Chief Minister Rao of being dictatorial in dealing with his ministers, adding that it was a trait KCR shared with Prime Minister Narendra Modi.

“In Modi’s cabinet, a minister is an attender and nothing more. An attender who would help in sorting out files or so,” Reddy said. “In the state, it is even worse. The ministers in KCR’s Cabinet are just servants, ones who just move teacups here and there. I am not saying this — KCR’s former colleague and ex-minister Eatala (Rajender) said the same when he left the party.”

Reddy also said the PM and CM are terrible when it comes to administration, particularly their handling of the pandemic. 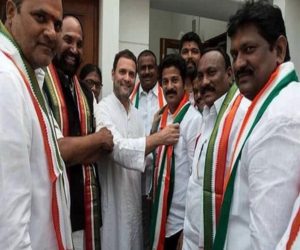 “They’re both dead when it comes to administration because they failed utterly… Vaccine orders were not placed as per requirement,” he said. “He (Modi) announced a Rs 35,000 crore funding for Covid management (vaccines) but did not even spend Rs 5,000 in Delhi. Modi literally failed to perform and he put the blame for his mistakes on Harsh Vardhan (former Union Health Minister) and then finished him.”

The Congress chief also alleged that with KCR at the helm, there is no scope for dissent in the state. Be it political parties or any civil rights organisations, there is no freedom to even do a simple protest under KCR’s draconian rule, he added.

He further said that unfulfilled promises especially at the time of the Telangana agitation — be it having a Dalit CM, free education, lands for Dalits — will be the reasons why KCR will not be elected for a third term.

“KCR cannot play the Telangana sentiment factor anymore. People are over it,” he said. “And one of the reasons why we all fought for Telangana is for a life where we have freedom (swetcha in Telugu) — but under his rule, people cannot even express dissent.” 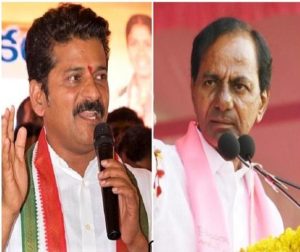 Telangana’s political landscape has reshaped in the last few months, with the BJP making ground in the Hyderabad municipal elections and winning an assembly bypoll in Dubbaka, a seat that was held by the TRS.

The BJP has been aggressively trying to establish itself as the principal opposition and push Congress to the third position.

The Congress chief also believes that KCR will call for early elections, just like he did in 2018, but sometime after 15 August 2022.

Reddy also predicted that AIMIM chief Asaduddin Owaisi, who shares cordial ties with KCR, will go against the chief minister. 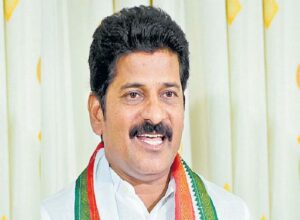 “Owaisi is my good friend. I am hoping he will be with me. He is a man who understands what people want,” Reddy said. “He (Owaisi) thought KCR will resolve issues that Muslims have. But neither has Muslim reservation been increased to 12 per cent from 4 per cent, nor has minority commission been established.