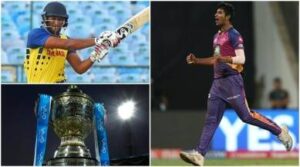 A few days ago, during a Kolkata Knight Riders YouTube show, the franchise CEO and managing director Venky Mysore was recollecting how their strategy had gone haywire during the 2011 IPL full auction. The Kolkata-based franchise wanted a slow burn, but their prime targets, including Gautam Gambhir, were under the hammer very early, forcing KKR to spend two-thirds of their purse within the first one hour of a two-day auction.

For a franchise like Chennai Super Kings, as their chief executive Kasi Viswanathan was told #KhabarLive, retention of a core group over the years had served them wonderfully well.

This time, though, as the 15th season of the IPL will have a mega auction in Bangalore on February 12 and 13, with two new teams, the fight is expected to be very intense. The big-hitters will be bought for big money. But how the franchises build their squads and pick their captains would offer more intrigue. 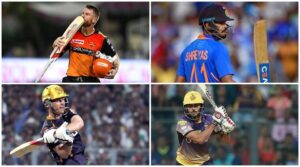 There are two sets of franchises in the IPL. An out-an-out cricket franchise like CSK, being run by seasoned cricket administrators, have built their team around MS Dhoni. Mumbai Indians, too, have their skipper Rohit Sharma running the show and this has been the preferred policy for KKR also, under Gautam Gambhir and Morgan. KKR’s resurrection last season was masterminded by Morgan, although he had a lean patch as a batsman.

ALSO READ:  'Hyderabad Has Enough 'Drinking Water' For Next One Year'

Similarly, Warner had contributed immensely to Sunrisers Hyderabad’s consistency in the tournament before he was benched after a few low scores. Then, there are another set of franchises that ostensibly pick their captains based on the players’ brand value, putting the tactical responsibility on the coaching staff. The two new franchises, Lucknow Super Giants and Team Ahmedabad, seem to have fallen for the latter by appointing KL Rahul and Hardik Pandya respectively as their captains.

At least a couple of captaincy places are up for grabs, at KKR and RCB. Morgan, Warner, Shreyas and Pandey could be in the running. 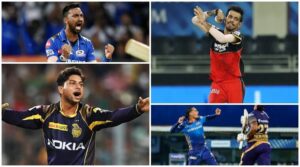 Yuzvendra Chahal’s franchise RCB, which released him, is expected to go all-out for the leg-spinner. For his Indian team partner Kuldeep Yadav, fit again after going under the surgeon’s knife, the three ODIs against the West Indies before the auction could be very important.

Also watch out for Washington Sundar with his all-round skills. The national selectors promptly brought him back to the ODI and T20I set-up, replacing Ashwin, as soon as he was fit. 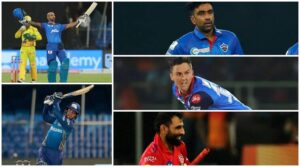 The auction pool is replete with superstars. The IPL released the auction list of 590 players and the first 10 names were; Ashwin, Boult, Cummins, de Kock, Dhawan, du Plessis, Shreyas, Rabada, Shami and Warner.

Ashwin can be a match-winner even in the shortest format on Indian pitches.

At the 2020 IPL auction, KKR had bought Cummins for Rs 15.5 crore. Last year, the fast bowler didn’t return for the second phase, but his promotion to Australia’s Test captaincy has increased his stock even more.

Similarly, de Kock would be a prized possession whichever team is buying him. Every franchise covets an explosive opener like him who is also a wicketkeeper.

Being a proven performer and an India team regular in limited-overs cricket, Shreyas would be a hot property at the auction. As for du Plessis, it is learnt that CSK are keen to bring him back to the fold.

Padikkal also firmly remains in RCB’s scheme of things though he was released.

As regards to Shami, he is a fast-bowling royalty and Punjab Kings probably missed a trick by releasing him. 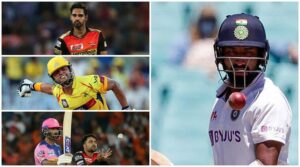 India’s 2018 U-19 World Cup squad had the sparkle of Prithvi Shaw, Shubman Gill, Shivam Mavi and Kamlesh Nagarkoti, all of them potential future stars. KKR had acted swiftly, roping in Gill, Mavi and Nagarkoti for Rs 1.8 crore, Rs 3 crore and Rs 3.2 crore respectively. Delhi bought Shaw for Rs 1.2 crore. The current India U-19 team is thriving more on collective performance at the ongoing U-19 World Cup. Still, every franchise is keeping an eye on their performance and some of the colts can make a splash at the auction. Dhull is expected to be one of them.

Every auction throws up a few surprises. In 2019, Rajasthan Royals had forked out Rs 2.4 crore for Yashasvi Jaiswal. This time, Shahrukh could be in demand, after significantly enhancing his reputation as a finisher in domestic limited-overs cricket.

When CSK eventually signed Pujara at last year’s auction, everybody applauded. It was the Chennai-based franchise honouring a stalwart on the back of India’s Test series win in Australia. This time, though, Pujara and Rahane registering coming into the auction has raised a few eyebrows. It can be argued that County stints would serve them better at a time when they are on the verge of losing their Test spots.

It needs to be seen how the auction pans out for Kumar and Raina, both at the tail-end of their illustrious careers. Sreesanth at the auction is an interesting development.

As England were getting hammered at the Ashes, some former players from the Blighty were targeting the IPL for their Test team’s downfall, as if Rory Burns and Haseeb Hameed, for example, ruined their technique by playing in the Indian T20 league. When, subsequently, Joe Root and Ben Stokes decided not to register themselves for the auction, a franchise CEO told #KhabarLive: “Doesn’t make a difference.” A total of 24 England players have registered themselves for this year’s auction and arguably the two most coveted England cricketers in this format, Jos Buttler and Moeen Ali, have been retained by Rajasthan Royals and CSK respectively. #KhabarLive #hydnews