A ruling party MP wanted the Chief Minister to be charged with sedition for seeking an amendment to the Constitution. The Constitution of India has given the power to amend itself (without violating the basic structure) provided two-thirds of the members of the two Houses of Parliament vote for it and 50% of the State Assemblies ratify.

Dr Ambedkar clarified that this Constitution was the idea of this generation, and if the future generation wants a different one, they can have a new Constituent Assembly and pass a new rule book. But calling for a prosecution of the Chief Minister on the charge of sedition simply because he asked for a new Statute reflects a frame of mind to prosecute anybody who criticises the Union.

The MP who asked for it should know that the present ruling coalition also expressed intention to change the Constitution thoroughly. Will he also want them to be charged with sedition? The union is already under attack for blatant misuse of this draconian law, which the British rulers used to jail Mahatma Gandhi and Bal Gangadhar Tilak, etc. The British wanted to suppress the demand for Constitution through sedition charges.

No union without States

There is a need for the MPs to understand the Preamble and at least Article 1 of our Constitution, which says India, ie, Bharat is union of States. All the elected representatives of Parliament and State Assemblies take oath to obey the Indian Constitution. They have to remember their oath and keep it up. Recently, the Supreme Court reminded the executive to read Article 1 to realise that there is no union without the States. When all the States joined, the territory of union is formed. union is not superior and States are not its subordinates.

Why did Chief Minister K Chandrasekhar Rao want a new Constitution? He gave reasons. Expressing total disappointment with the union Budget that offered nothing to the States, SCs and STs, farmers etc, the Chief Minister was emphasising equal rights and sovereignty for the States like Telangana. He was strongly questioning the anti-State and anti-federal laws and policies of the Union. He was furious about usurping the powers of the State.

The present Constitution, which has completed 72 years of existence has specifically divided the powers between the union and the States through three lists – union List giving special powers to Union, States List, allocating exclusive subjects on which only States can make laws, and Concurrent List over which both the union and the States can make laws subject to national interests.

The defence and external affairs besides the telecommunications are with the Union. But the successive governments at Delhi behaved like sultanates and tried to subjugate the will of the people reflected in the State governments.

The anger of the Chief Minister is against the blatant violation of federal principles. The three farm laws, which were abolished in the wake of the historic struggle of farmers, were unconstitutional because the union made these laws on the subject – agriculture, which is exclusively given to the States. The Electricity Bill and Rivers Bills have several provisions which go against the balanced distribution of powers between the union and the States. 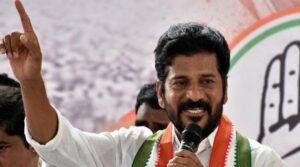 Look at the Gazette Notification of July 2021, that mandates New Delhi to take over two rivers, Krishna and Godavari, along with the irrigation projects built across them in both Telangana and Andhra Pradesh. They were built by taxes paid by the Telugu people for their benefit. How can Delhi take them away leaving the liabilities to the Telugu States? The union leaves part of rivers and projects in other States like Karnataka and Maharashtra but chose only Telugu States for depriving them of it. It is an unprecedented and anti-federal act.

Similarly, the union amended the RTI Act depriving the States of their power to define the authority, status and wages of the State Information Commissioner. Jammu & Kashmir lost its autonomy, and every new Bill in Parliament has some or other provisions which effectively grab the authority of the States and centralise the power in Delhi.

ALSO READ:  Want A Home-Made Grinder - Get 'Sil-Batta' From Roadside Shopping In Hyderabad 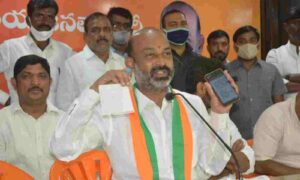 Article 356 continues to be the weapon in the hands of Delhi to remove the elected governments in the States. When NT Rama Rao was removed within a year of his election, the MLAs and the people rallied behind him to bring him back in 1984. The Supreme Court had restored the Congress government in Uttarakhand when it was wrongfully removed. When in opposition, the BJP criticised the misuse of Article 356 but after coming to power, does not hesitate to misuse it. This Article, coupled with a loyal person appointed in Raj Bhawan as Governor, will be a continuous threat to democratic governments in the States.

The Delhi Chief Minister has powers less than the Delhi Municipal Corporation. Yet, he was harassed, his ministers were arrested, MLAs were under the threat of disqualification and Lieutenant Governors clipped wings of his administration.

Fundamental Rights, parliamentary democracy and federal nature constitute the basic structure of the Constitution, which even Parliament cannot diminish. If at all amendment is needed, it should strengthen these features and disallow the union to subjugate the States. #KhabarLive #hydnews