Another season of the IPL has started with a bang. The fans have been on the edge of their seats in the first 10 days of IPL 2018. The quality of cricket has been terrific.

From the very first match played between defending champions Mumbai Indians and Chennai Super Kings to the Mohali game between the ‘Kings’, Punjab and Chennai, more or less every match has been hard-fought and well attended.

Let’s look at some of the highlights of the IPL so far. 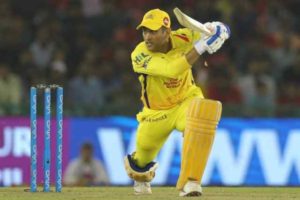 1. Chennai is Back and How
After missing the last two seasons of IPL, Chennai is back with a bang. Looking at their performance in the last three games, one doesn’t feel that they missed two complete seasons. They won the first battle on the auction table where they managed to build the familiar core of the side.

MS Dhoni to lead, Suresh Raina to handle middle overs, Ravindra jadeja as spin bowling option and Dwayne Bravo to manage the slog overs while batting or bowling. The script looks all too familiar. In a format like IPL where players come from different countries and states, sometimes it takes time to get your combination right.

But by keeping the primary group, Chennai didn’t lose much time in figuring out what will work for them. They hit the ground running and their first two wins against Mumbai Indians and Kolkata Knight Riders were proof of their depth and experience.

Even in the last game, against Punjab, vintage Dhoni ensured that there was drama right till the last over of the match. Watch out for CSK, they are looking ominous and dangerous. 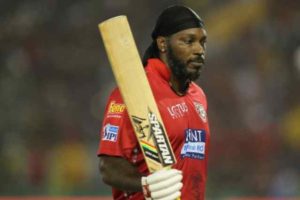 2. Old is Gold
People say this format belongs to the youth. One needs fresh legs and abundance of energy to match the pace. But look at the way ‘daddies’ of IPL are performing.

Chris Gayle got his first game of the season against Chennai and he was smashing everything out of the park; Dhoni played like the Dhoni of 2005, calculated, carefree, brave and organised. The veteran of T20, Bravo is still one of the hardest bowlers to hit and bowl to in the slog overs. He is an absolute gold dust.

Harbhajan Singh isn’t giving away anything easily. Shane Watson is very much a threat. Gautam Gambhir has scored a fifty and looks in fine touch. Brendon McCullum is imposing his will on the match up front.

‘The Dad’s Army’ is marching well so far.

3. Thokko Tali Replaced by ‘Let’s Talk Cricket’
After winning the hard-fought bid to telecast IPL matches for the next five years, everyone was eagerly waiting to see how would Star present the IPL. And if you are a true cricket fan, you shouldn’t be disappointed at all.

The grand sets of Sony with live music, dancers, anchors from entertainment background and the famous ‘Thoko Tali’ of Navjot Singh Sidhu has been replaced by mature cricket chats, in-depth analysis, cricket-centric presentations and some of the finest cricketing brains, who are giving their views.

IPL produces a very serious and high-quality cricket, and brand IPL should reflect only that. Although one misses the mix of cricket with the sense of humour of Gaurav Kapoor. 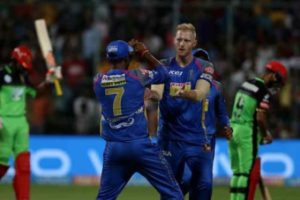 First, they ignored it and said this league wouldn’t last long. They didn’t allow their players to participate. Then they laughed at it saying it will spoil the fabric of cricket and went to the extent of finishing the career of Kevin Pietersen because he openly praised the league and participated in it against their will.

And now they embrace and encourage their youngsters to live the experience of the IPL. This IPL season has a fair bit of England representation. On and off the field. As long as we get to hear the commentary of Nasser Hussain, we don’t mind this change of heart.

Probably the motherland of the game has adjusted to the fact that cricket doesn’t belong to them anymore and is flourishing happily in a country which was once ruled by them. Karma bites back I guess. #KhabarLive

The ‘Great Resignation’ Of IT Industry In Telugu States